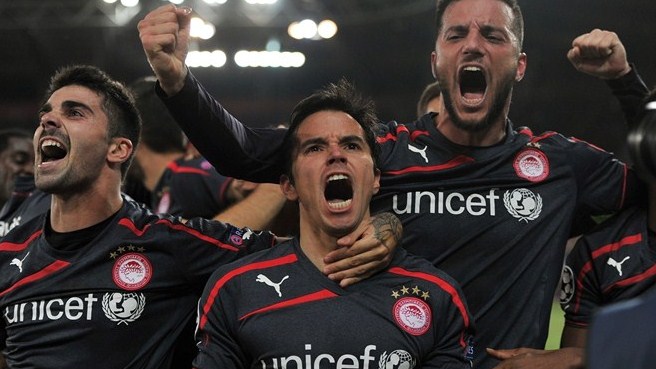 United’s next opponents, Olympiakos, were formed by Notis Kamperos, who wanted the title of the new club to suggest power, athletic strength, ethos, noble rivalry, dominance and ultimately the Olympic ideal. The irony of this statement is not lost on a tie that is seen as the easiest of the Champions League (excluding Barcelona’s last week of course).

Olympiakos have been in the news lately with the loss of their main striker Kostas Mitroglou, who moved to Fulham (who must be wondering why now?) and have replaced him with Nelson Valdez; however, Valdez remains doubtful for the tie. They do have a player in good form with Marko Šćepović who scored a hat-trick at the weekend against OFI (Line up below (Source: Soccerway.com) in what was their 24th win from 26 games. Yet according to UEFA’s squad list he doesn’t appear to be registered (and Sir Alex thought the Italians were crafty!)

Like United, the Greek champions won the league last season by a significant margin but unlike the reds they are commanding in domestic matters this season (20 points ahead and a plus 69 goal difference) and as such bring confidence, as recent statements from Head Coach Michel testify. 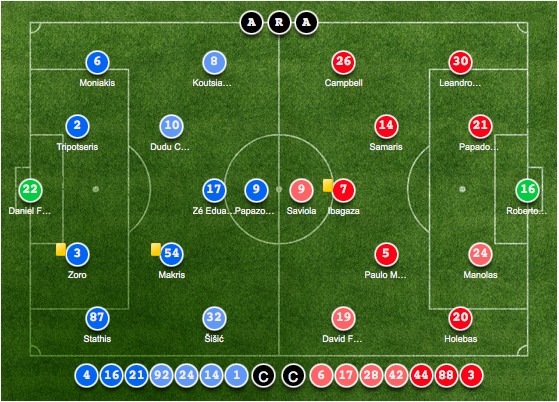 Domestic matters aside, in the Champions League they played well against Benfica, and both games and were considered pivotal moments. 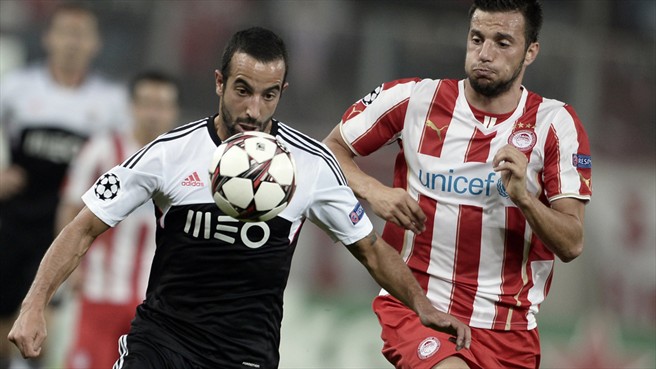 Across Europe and the league they have varied their formations, typically from 4-4-1-1 to 4-2-3-1. Javier Saviola (one of Argentina’s many ‘ New Maradona’s’ TM) is a mainstay in these formations and Samaris (above) is a massive help in protecting the back four.

In Europe Michel likes to keep it compact against the so called bigger teams as we saw against PSG (Saviola didn’t play) where they played a 4-5-1, but let’s not let the 4-1 loss to the French get in the way of a formation story! 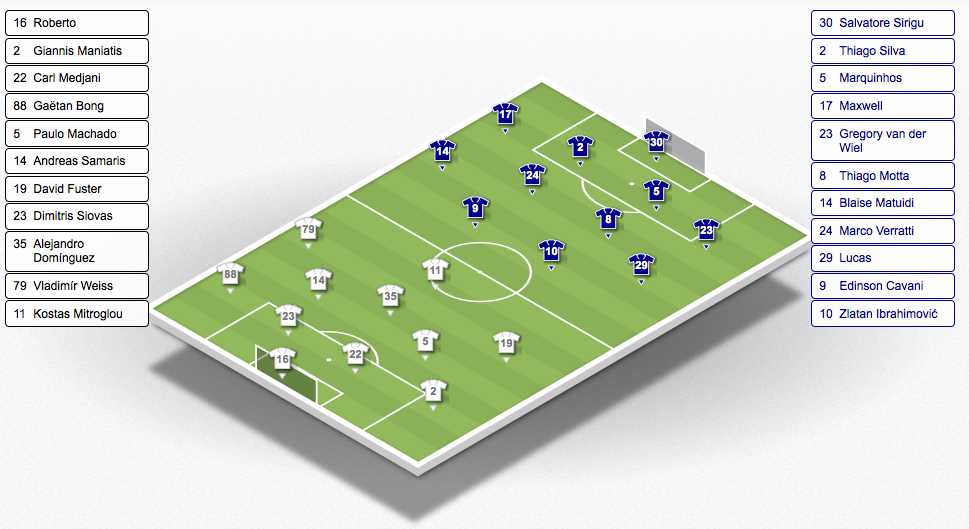 In the OFI game we saw that Moyes could exploit Olympiakos’ defensive unit who suffered (although 4-0 score suggest otherwise) at set pieces and crosses. The question is, will Olympiakos reflect the belief of Kostas Manolas, that they can defeat United or will they sit back and wait? If they feel they can beat the reds then will their full backs play a key role as they did against OFI with Holebas assisting Šćepović (below). This will leave space for the wing play but with Mata not eligible the right needs some consideration from Moyes. 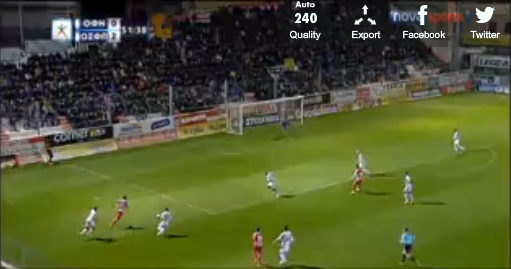 In the game against Benfica goalkeeper Roberto played very well, saving a penalty and stopping everything thrown his way. He’s keeping ex-red Roy Carroll out of the team which is no mean feat!

We also saw how the defence and the midfield like to work (see image below left Source: UEFA.com) and this reiterates how important Samaris is to the function of the team. 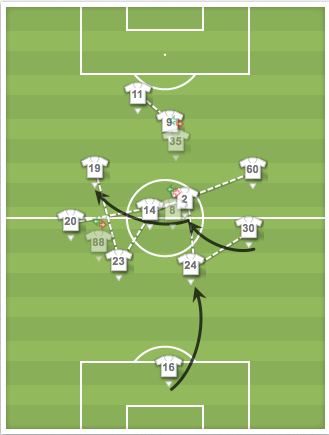 Another name familiar to United fans is Joel Campbell on loan from Arsenal, who can play on either side as we saw against Anderlecht (on the left) and OFI (on the right-see below). 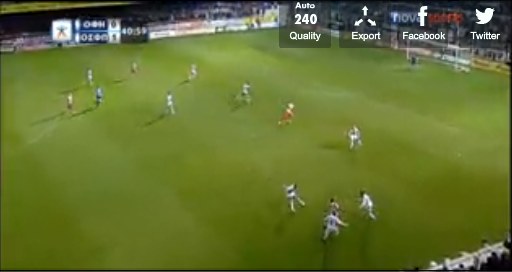 United must go into this game wary but confident. Moyes comparisons with Liverpool’s achievements in 2005 weren’t well received as far as we’re concerned (Note to Moyes – avoid comparisons with them at all times) thus United need to ensure that a winning mindset is not only applied to Europe but to the Premier League too.

WE ALL LIVE IN A HORIZONTAL WORLD